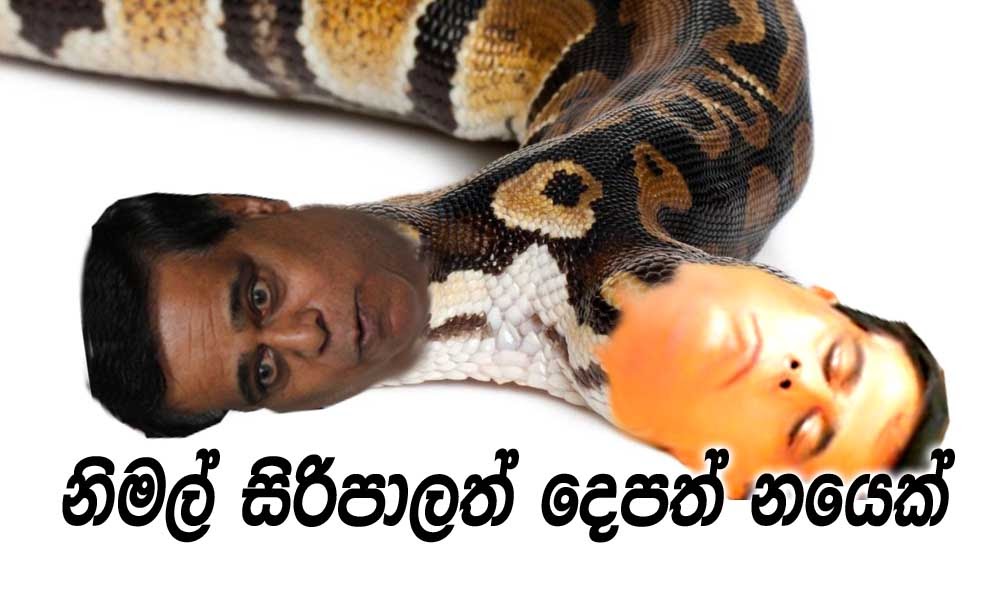 Nimal Siripala proves he prefers to be a serpent under the grass ! -Pro good governance masses must fortify against foes 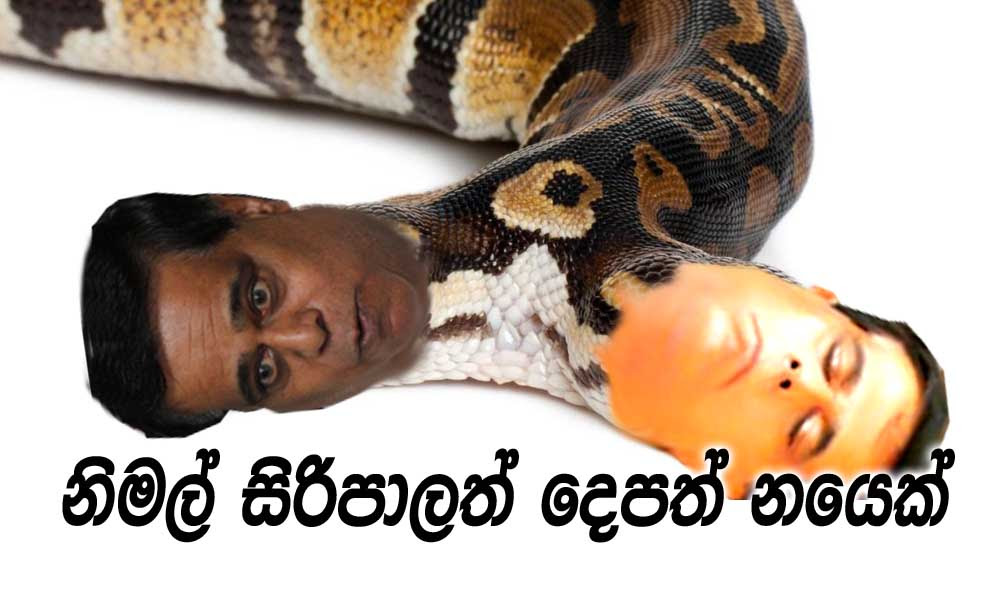 Nimal
Siripala who is holding a ministerial post under the good governance
government has proved while being an SLFP  minister of transport is a
snake under the grass ,  double faced and is best at  playing worst
double games.

This was clearly demonstrated by him when he gave a ‘slap’ to the
general manager (G.M.)  B.A. P Ariyaratne , who gave leadership and  ran
the trains during the strike staged on the 5 th by the railways . In
addition this rare double faced snake under the grass has even put the
G.M. under the ‘guillotine’ , when in fact the latter should have been
lauded .

This  double faced transport minister while  pretending  he was against
the railway strike ,  was in fact giving support to it  on the sly .
Ariyaratne on the other hand ,in the best interests of the nation based
on his own discretion had taken measures along with the UNP trade unions
to run the trains in order to minimize the inconvenience caused to the
public.  Shockingly , Nimal Siripala the serpent had got incensed over
it .

At the cabinet sub committee meeting held on the 19 th , chaired by
faceless Wijedasa Rajapakse another snake under the grass , the serpent
Siripala via a letter had obtained the approval  to remove Ariyaratne
from the post of G.M. , and replace him with S.M. Abeywickrema , a chief
mechanical engineer , a notorious scoundrel who is day and night among
the crooks  led by the MaRa brigand .

Not long ago , on May 17 th , when a function was held at
Sadaham Vihara , Ratmalana to accord a reception to deposed and people
discarded corrupt Medamulana crook , it was none other than
Abeywickrema who played a major role in it, taking along with him the
railway employees , and supplying the goods and baggage   of the
department  .

Today , it is this scoundrel of the den of crooks who is being propelled
by serpent Siripala to the post of G.M.  If  a scoundrel like
Abeywickrema is to be made the G.M. railways , a short time will suffice
to topple the government of good governance through strikes alone. The
double faced ,double tongued , double sized serpent Siripala  is
hatching  that conspiracy.

The character and putrid antecedence of  Abeywickrema whom the serpent
is trying to promote can be gauged from the following incident :

When Welgama was the transport minister , it was this same Abeywickrema
and not any other who forcibly took out large quantities of iron from
the Ratmalana factory. It was this same crook Abeywickrema who also
permitted the  transport of lorry loads of timber out for and on behalf
of Welgama;  each load was worth over a Rs. One million  . One of those
lorries however was seized by the police ,and  a disciplinary  inquiry
is still in progress  against Abeywickrema the blue brigand crook .

Is such a crook going to be appointed as a G.M  ?

If such  simple impending dangers cannot be visualized ahead , it is
best to abandon politics and stay away from it.  If the United National
alliance that propelled this ‘effeminate consensual alliance’   to power
does not take a decision to form a government of its own and stand
erect without swaying, at least during the remaining two and half years ,
it is better to honorably retire now itself .

Siripala, Wickremasinghe And The Validity Of Parliament’s Interpretation Of The Constitution – Colombo Telegraph